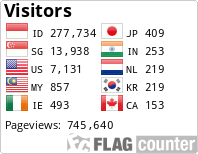 Data transmission security system (secure data communication) is installed to prevent theft, damage, and misuse of data sent through computer networks. In practice, tangible data theft is read by unauthorized parties usually by tapping public channels. Computer network technology has been able to reduce and even eliminate the possibility of data damage due to poor physical connectivity, but interference can still occur because there is an element of intentions that lead to misuse of the system from certain parties. The Lehmann Prime Generator and Massey-Omura Cryptosystem are algorithms that provide quite high security that is not based on the confidentiality of the algorithm (restricted algorithm) but is more focused on the security/confidentiality of the keys used (modern cryptographic algorithms). people to exchange messages with each other, they make an encryption algorithm that is only known to members of the group, so that whenever a group member leaves, the restricted algorithm must be replaced because it is possible that the group member that came out could leak the algorithm. Modern cryptographic algorithms, such as Lehmann Prime Generator and Massey-Omura Cryptosystem, can overcome these problems by using keys, in which case the algorithm is no longer kept secret, but the key must be kept confidential.